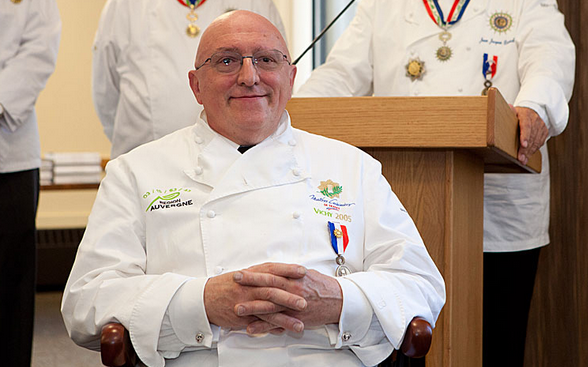 Chef Bernard Cretier, a native of Vichy, France, founded Le Vichyssois Restaurant in 1976. Chef Bernard apprenticed under Jean and Pierre Troisgros in Roanne; then he worked for Paul Bocuse in Lyon until his military service. He was in the Navy in Paris as the personal chef of General Billotte, who was the Secretary of State. Following his military service he went to work at Maxim’s in Paris for 4 years. Bernard then worked in Germany and Switzerland before working for Maxim’s in Chicago where he served as Executive Chef for 6 years.