The Institute of Arts and Popular Traditions of Alsace honored Chef Jacquy Pfeiffer of The French Pastry School at City Colleges of Chicago in Strasbourg on October 2, 2010 with the Bretzel d’Or, or “Golden Pretzel” award. Each year, the institute recognizes talented Alsatians who preserve the arts and traditions of Alsace, the culturally rich, eastern region of France, bordering Lorraine and Franche-Comté, with Germany to the east and Switzerland to the south. Chef Pfeiffer and other Golden Pretzel recipients not only safeguard Alsatian heritage, but promote it within the region, around France, and throughout the world. Students of The French Pastry School benefit from their Dean’s heritage, and his dedication to passing it on.

Immediately following the Chicago premiere of the documentary in which Pfeiffer plays a key role, Kings of Pastry on October 1st at the Gene Siskel Theater, he left for the airport to travel back to the “promised land” as he likes to call it, to receive the award. Originally from a small town near Strasbourg in Alsace, Pfeiffer began his pastry training there, going on to work as Executive Pastry Chef for renowned establishments and international dignitaries. Chef Pfeiffer, along with Chef Sébastien Canonne, M.O.F., later founded The French Pastry School in Chicago.

Read the rest of this announcement on the French Pastry School’s web site. 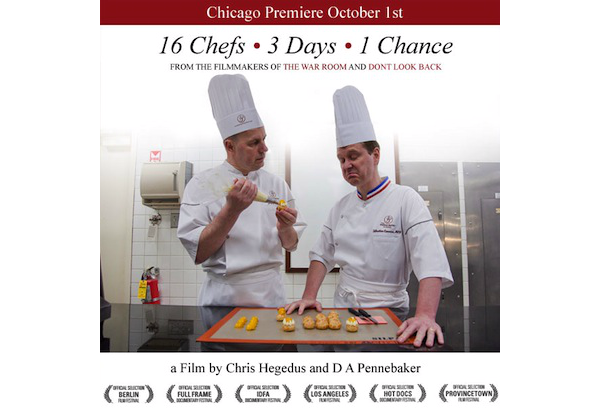