Was founded by L’Académie Culinaire de France – US & Canada Delegation in honor of the French chef who served at the head of the US Delegation for 32 years. Our partners and the Master chef of France with similar missions to carry on the great tradition of French gastronomy and culinary arts. They have partnered to promote the French culinary ‘know-how’ and reinvigorate French cuisine amongst the new generation of chefs . This competition is made for chefs, cooks man & women who would like to compare their work, develop in their profession and experience beautiful and good times in the world of culinary competition.

The Trophy Jean Jacques Dietrich competition, is open to any professional chefs between the age of 25 & 35 Years old, working in an establishment located in the US & Canada.

1. The recipes to write

The selection is made on the judgment of the President of the Jury on the basis of recipes and technical sheets. It allows us to select the candidates admitted to the final.
The recipes must be written in a very legible, detailed and explicit manner, the quantity’s must be precise as well as the presentation.

STEP 1: Write your recipes in a readable and organized Word format
STEP 2: Complete the registration form and sign the charter rules and regulations
STEP 3: Send your complete file accompanied by a portrait photo of yourself in attachment at acf.usa.secretary@outlook.com

3. Details of the rating

As soon as the recipes submitted comply with the regulations and the files are complete, the selection of candidates for the final will be made according to the following criteria:

That is a total of 65 points

Each applicant must provide in a very neat file, an original and creative recipe:

A jury composed of Meilleurs Ouvriers de France, will be presided by chef Fabrice Prochasson MOF, President of L’Académie Culinaire de France, will use precise criteria to select the six candidates and two alternates:

Respect for the theme, seasonality of the recipes, respect for the raw ingredients, compliance with the regulations, innovation, quality of presentation, and originality.

The final is April 2, 2022, at the institut of culinary Eduction of New York City. Register today for a chance to win the Trophy Jean-Jacques Dietrich 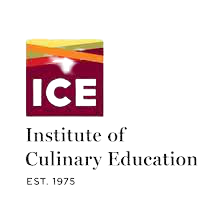 The winner of Le Best Chef Competition will also be awarded an all-inclusive trip to Paris and have a chance to represent the US at the prestigious Trophée Passion, an international culinary contest hosted by L’Académie Culinaire de France.

The success of the Jean-Jacques Dietrich Culinary Trophy is partly due to its partners, which allow L’Académie Culinaire de France – US & Canada Delegation to reward participants to the height of their merit, to welcome them and to support them in the best conditions.

Thank you for reaching out we will be in touch shortly

Subscribe Now ! For update on the Trophy Jean Jacques Dietrich