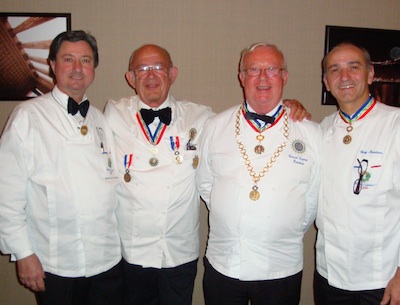 On June 6, 2010, Chef Jean-Louis Gerin was elected by secret ballot as the new president of the US delegation of the Academie Culinaire de France, succeeding Chef Jean-Jacques Dietrich, who served the A.C.F. for 32 years.